The BIA’s Fatal Flaws – No. 3 Probability is Not Predictable

Previous Next
The BIA’s Fatal Flaws – No. 3 Probability is Not Predictable 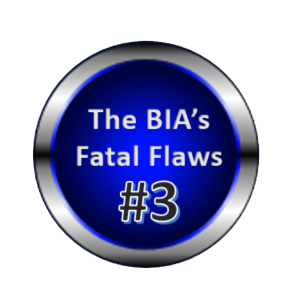 The next problem with the traditional BIA process is that even if the loss estimates are assumed to be perfectly accurate and are implicitly accepted by management, the very next question is always: “OK, if these are the losses we can expect, what is the likelihood that they will occur?”

As soon as probability enters the picture, the battle has been lost. Predicting probability is an exercise in futility. There are literally thousands of variables with nearly infinite permutations that can affect the probability of the event and its resulting impact. If there weren’t, you would simply plan to avoid the situation altogether. Risk analysis is a process to identify risks and prioritize their remediation. And as such, it is a valuable process. However, there has never been a risk analysis that has statistically justified disaster recovery planning…although there have been many that have been used as an excuse for avoiding or delaying planning efforts.

But even if the odds of a disaster striking were accurately determined to be exactly 1 in 1,000,000, the laws of probability ensure that the one chance might occur tomorrow as easily as a million years from now.

Again, a different way of pragmatically justifying recovery planning must be found!