The BIA’s Fatal Flaws – No. 5 Criticality is Not Aggregated

Previous Next
The BIA’s Fatal Flaws – No. 5 Criticality is Not Aggregated 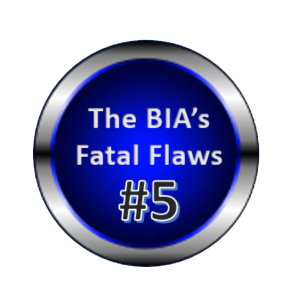 The next flaw is a variation of the previous flaw. BIAs do not aggregate process criticality across various interdependencies. That is, they do not provide a methodology to dynamically adjust a process’ criticality based on unplanned, but nevertheless present interdependencies that change the assumptions that were used when determining the process’ inherent criticality.

One such interdependency is location. Interruption of a process at a single location is one thing. Loss of that same process across all locations is a different thing entirely. Few events would interrupt a process across all of its locations, and those events are usually substantially mitigated. As such, the traditional BIA will typically determine criticality assuming that only one (or a few) locations have been impacted. However, what if despite best efforts, all locations have been interrupted? A traditional BIA will not provide the ability to adjust the process’ inherent criticality on-the-fly to accommodate the unlikely, but nevertheless manifested increased impact, nor will it offer any guidance on how the increased criticality effects other processes and resource allocation.